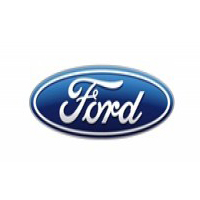 Ford to invest $350 million in its Livonia Transmission Plant, adding a new transmission to expand its lineup of fuel-efficient powertrains as part of the company’s plan to fortify its core automotive business.

The investment supports production of a new, advanced transmission for front-wheel-drive vehicles. This transmission will provide customers better-performing, more fuel-efficient vehicles. It will share software, design elements and manufacturing processes with the 10-speed and other future transmissions. Ford’s investments are supported by a strong partnership with the UAW, as well as with federal, state, county and local governments.

The transmission will be finely tuned to blend fun driving and efficiency with Ford engines, including EcoBoost®. Most applications will use a common microprocessor with more than 4 million lines of code controlling both engine and transmission.

In the past four months alone, Ford has announced more than $2.25 billion in new investments in Michigan. The company has invested $12 billion in its U.S. plants and created a total of nearly 28,000 U.S. jobs during the last five years.

This investment in Livonia Transmission Plant is in addition to $1.4 billion and 500 created or retained hourly jobs announced for the plant in 2016 to support production of a new 10-speed transmission for the 2017 F-150 Raptor and certain other F-150 trucks.

The addition of these 800 jobs will add job security for the plant’s hardworking men and women, and support for the surrounding community.